Veganuary - I made it!

Every year I set myself a New Years resolution that I never manage to maintain. Last year it was chocolate and the year before that it was alcohol. Normally I've failed by lunchtime on New years day so I can understand that everyone was a little bit sceptical about my latest venture, to go Vegan in 2018.

This is something I've been planning for a while though and I started making small changes as early as August last year. I have been vegetarian since I was 11 so it was never going to be a big change for me anyway but I've always lacked a certain willpower needed to succeed and as a PT I always felt I'd suffer if I went completely veggie, so I would still eat fish when out for dinner.

There have been drunken nights out where I've hungrily eaten chicken pizza without thinking or taken a bite of burger. I've never been that strict on jelly sweets either and I would happily pick pepperoni off a pizza and still eat the juices.

I started to think about becoming vegan last year, mostly due to Instagram and the things I was learning through other vegans posts. It made me decide to investigate further into what being a vegan actually means and the more I learnt the less I actually wanted to use animal products. I started off with changing my body lotions, shampoo and deodorants to vegan brands. Urban Veda and Hemp products are so far some of my favourites.

I then started to switch everyday food items such as mayonnaise to Veganaise, I swapped cheese for vegan cheese and stopped eating fish at all.

I decided that if I was going to do it properly, then I would learn as much as I could about how to stay healthy as a vegan, what products I would need to keep on hand and what recipes people recommend for vegan runners. So instead of rushing in to it, I waited until January and made it my resolution to get through 'Veganuary'. If I could do that then i would consider continuing as a vegan permanantly.

I faced a lot of opposition from other people who said I could never do it, that vegans were harming the environment and I should spare a thought for the farmers who needed the income from meat to survive. People complain that vegans are preachy but meat eaters are just as bad.

It is not my place to tell other people what to eat but I would recommend getting your facts straight before making any decisions. I have chosen to not eat meat based on what I have learnt, if you have a different view I'm not going to tell you its wrong. A friend recently mentioned about vegans attacking farmers and destroying property (I totally don't agree by the way) but you cannot blame this on vegans. There are extremists in every social group and you can't blame vegans for the actions of a small minority.

Saying this I also have some wonderful friends who made the effort to research vegan and cook foods I can eat and actually most people have realised its really not that difficult.

So anyway, I digress. So preparations in place, food in the cupboard and recipes to hand, January the 1st arrived and I went for it.

The first week was very tough as I love love love chocolate. So much so that I would normally have a bar a day. We also had a drawer of chocolate left over from Christmas but I was committed and for the first time ever, actually stuck to my resolution. As an animal lover, I had a real desire to make a change where as normally I give up things without really wanting to. This time i really wanted to.

Veganuary is not only a challenge its also a charity, but they make getting through a month as a vegan so much easier. I had so much information to hand. I also used some of their special offers to try new brands such as Pulsin raw chocolate brownies which have fortunately saved me from my chocolate cravings and I now no longer miss chocolate at all!

Tesco recently introduced a new vegan range of ready meals which are perfect for quick lunches and a lot of my favourite restaurants have introduced vegan menus for 2018.

I also love a glass of wine, but thanks to my research we have managed to find vegan brands and most pubs have been very accommodating if you ask them if they have a vegan option (Yes I am not above doing this). Most of the time they don't stock vegan wine but Prosecco is more often than not vegan anyway and as this is my true love I'm all set.

I'm training for the London Marathon and I was slightly concerned that turning vegan would really affect my training. Actually, I've never felt better. My times are improving, I'm sleeping better and my skin has improved. I've got lots more energy and I actually think that due to my planning beforehand I'm actually eating better than I used to.

I've reduced my intake of refined sugars just by switching to raw chocolate and cutting out milk and I'm eating plenty of pulses, lentils, vegetables and grains.

So its now February and I made it through a whole month as a vegan without cracking once. Feeling pretty proud of myself and I plan to keep it going. I have proved to myself that I can do it and I really think the future will be more vegan so it can only get easier.

The rest of the world will catch up eventually ......I'm not preaching I promise! ;) 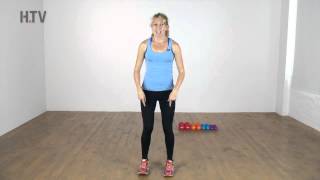 30 Days to a Stronger Booty!

Finding Balance- And a few muscles I never knew about.....

Can Pilates make you smarter?